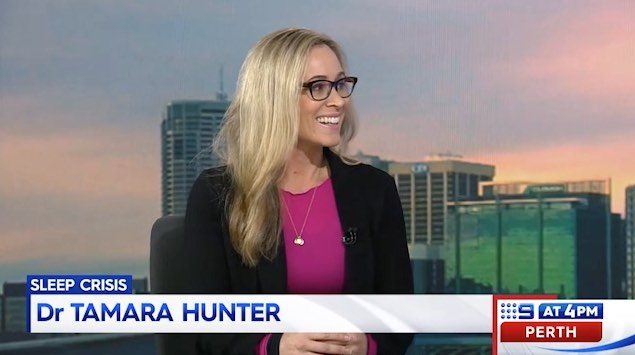 Costing the economy more than $66.3 billion a year in health bills a Deloitte Access Economics health survey has found that 4 in 10 people go to work each day while suffering from sleep deprivation.

Dr Hunter stated that “it was quite striking to see that 40% of Australians have a sleep disorder. That includes Sleep Apnea which is one of the more common things we know about. But to think that there are other things that are going on with people as such that they are fatigued and it’s making them impaired for going to work.” She continued on to state that “We know that with 5 hours sleep a night you are going to have significant impairment in your mental alertness and on your cognitive skills. In fact, going 24 hours with wakefulness is, in fact, is equivalent to having a blood alcohol level of 0.1%, which is double what you should be driving on.”

Another factor is people who suffer a chronic loss of sleep. This is where a person is struggling with ongoing lack of quality sleep. Dr Hunter said that chronic loss of sleep is “a loss of 1 to 2 hours per night. It is known to increase the risk of heart disease, stroke, type 2 diabetes, even breast cancer has been associated with lower sleep and also a shorter life span. So this is quite impactful both on our economy but also on the livelihoods of Australians.”

What are the factors that are stopping us from having a consistently good quality sleep? According to Tamara, they are many and varied. She stated that “It is the lifestyle thing. People are working shift work – which resets our sleep habits. Many long hours. People are at work for much longer hours now and the stress associated with that fast paced lifestyles means that people aren’t getting good quality sleep. There are also medical conditions. We know that menopause can induce sleep disorders, sleep Apnea (as we have discussed before), getting up to go to the toilet during the night and children. We know that having children who wake through the night also interrupts our sleep. So it is many and varied issues.”

What is the solution? Other than resorting to medication Dr Hunter recommended that “if you are losing 2-3 hours a night, and we should be having on average 8 hours, you go to bed a little earlier on subsequent evenings would be a good idea. Particularly if you know you are going to be getting up to small children, making sure your sleeping environment is conducive to sleep. So no going to bed with the iPad, the iPhone for example, using relaxation techniques is really valuable. Maybe even ear plugs if you have noisy neighbours. And if you think there is something underlying that may be impacting then definitely sit down with your general practitioner and discuss it.”

According to Tamara “humans are not very good with a sleep debt. It is very hard to regain that sleep back”, therefore, it is important to ensure that you are getting ample amounts of sleep each night and consulting a general practitioner should you feel that there is a deeper reason for your lack of sleep.