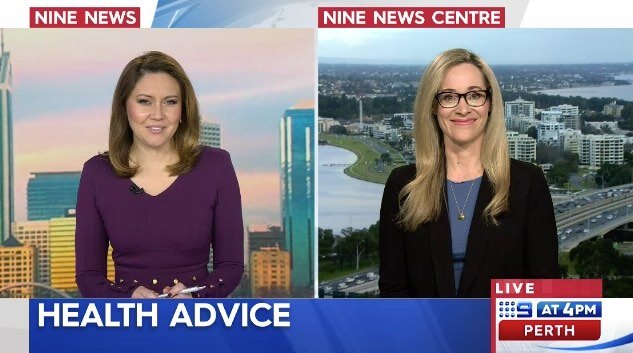 There has been an alarming height in STI’s (sexually transmitted infections) across WA. Doctors say it is not just young people contracting the illnesses but seniors too. In just a decade the number of Gonorrhea cases has more than doubled and Syphilis cases more than tripled.

According to Dr Tamara, the rise is due to a number of factors. “Well it is interesting to see that in the recent surveillance report said that Gonorrhea cases are up over 18,500, which is 8,000 more than reported 10 years ago. As you said, Chlamydia has had a rise of 43%. Look, certainly population numbers have increased, and I suppose detection rates are increased as well, which is reassuring, but this needs to happen a little bit more in men. Women often get opportunistic testing when they go for women’s health checks but because STI’s are largely A-symptomatic, then it is really important for us to be perusing more opportunistic testing, particularly men.”

With the older generation also being implicated in this rise, it is important to understand why. Dr Hunter stated that “certainly the incidence is higher among the younger population. In fact, 77% of Chlamydia cases are found between the ages of 15-29. And that is largely due to having multiple sexual partners. Interestingly though, the rise has actually happened among the older population as well. Perhaps the whole safe-sex message is more about pregnancy and that’s what people are hearing. Perhaps, that’s not as big of an issue in the older population. Maybe we should be changing the health strategy a little bit and talking about the importance of STIs in older populations as well.”

Unfortunately, STI’s left untreated can have some potentially serious and long lasting damage to your health. Dr Tamara said that “STI’s can lead to something called Pelvic Inflammatory Disease. Which is the ascent of bugs into the pelvis, the reproductive organs and for women that can lead to fevers, pain and even abnormal bleeding.” She continued on to say that “the bigger implication, especially with A-symptomatic infections that go untreated, that can lead to blockage and scarring in the fallopian tubes that can ultimately affect fertility. It is not unusual for women who present with a history of Chlamydia infection, with infertility to end up requiring IVF to conceive.”

While it might seem somewhat obvious as to how people can protect themselves from an STI, it is still important to remember “the first step is prevention. Use barrier contraception, that means condoms. The responsibility needs to be both with men and women as well. And the second step is early detection. Take every opportunity to get an STI check, it’s quick, it’s simple, it’s really easy and non-invasive and the treatment is also really simple as well”, according to Dr Hunter.

Furthermore, if you have a new sexual partner it is good practice to go and get tested as women will routinely get offered at their pap smears but if you have any symptoms what so ever definitely sit down with your doctor and talk about it, regardless of your age.