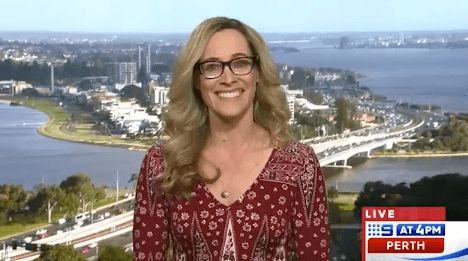 Women can now take hormone replacement pills for menopause without worrying it will shorten their lifespan. That’s according to a new survey which has found that the therapy led to no extra deaths over 2 decades. Some women have avoided the pill due to fears of breast cancer and heart disease with long-term use.

With most women and medical practitioners being put-off due to these previous fears, are these new results reassuring? According to Dr Hunter, yes they are. “I think it is really reassuring. The Women’s Health Initiative is the study that was published nearly 20 years ago now, and it was a very large study that was done on post-menopausal women between the ages of 50-79. They looked at those on hormone replacement therapy. Two groups – one on combined oestrogen and progesterone, and one of oestrogen alone. Now in the oestrogen and progesterone group, they stopped the study after 5 years due to the increased risk of breast cancer. The oestrogen alone group was stopped at 7 years due to the increased risk of stroke. So this did worry a lot of people and a lot of women were taken off HRT because of that. However, this new longer-term follow up of this same study has shown that there is no difference in women who were on HRT for that short period of time and those who didn’t, with regards to a number of issues (particularly death from cardiovascular disease and breast cancer).”

In terms of the benefits of using hormone replacement for menopause, there are many. “Hormone replacement therapy should really just be used for women who are suffering from post-menopausal symptoms. The most common one being hot-cold flashes, sometimes it is also helpful for mood, the irritability of the bladder or even vaginal symptoms in the post-menopause stages, it can be helpful. We tend not to use it for the treatment of cardiovascular disease or even bone disease, so they are the benefits. As far as side effects go, there isn’t really very many. The risks are very individualised to the woman and anyone considering it should really sit down and have a detailed discussion about HRT with their doctor”, according to Dr Hunter.

Now that the study has revealed these benefits, should women be more inclined to take them? Dr Hunter states that “from the initial findings a lot of people have been cautious for a very long time – both women and also their medical practitioners. But I am hoping that with this powerful large and long-term results a lot of people will reconsider using HRT.”

She continues on to state that in regards to duration of taking hormone replacement for menopause treatment, you should “start HRT as close to that start of menopause as possible, ideally before the age of 60. To use it for the shortest possible time and also at the lowest possible dose. It is also important to remember it’s part of the entire management of the post-menopausal woman – they need to continue having breast checks, bone mineral dense checks, lifestyle advice, blood pressure and cholesterol and the rest, to maintain their health into later years.”