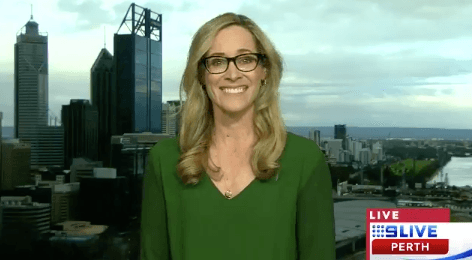 New details have emerged for the treatment of endometriosis and it appears that diet plays a role.

The exact cause of Endometriosis is unknown but according to Dr Hunter, it can be defined and caused from “growth of tissues similar to the lining of the womb but outside the womb. Generally in the pelvis around the uterus and the ovaries. Sometimes on the bowel and around the bladder and it’s even been found in places like the cesarean scars. We don’t know what causes endometriosis, we think it is a failure of the immune system to identify these abnormal cells in a different location but it doesn’t explain when you find endometriosis in the lung or even in men. So there is still a lot more work going on as to what is endometriosis.”

She continues on to state that “it affects around 10% of women in their reproductive years, so that would equal millions of women around the world being affected by endometriosis usually presents with pain, painful periods, sometimes infertility with no pain whatsoever and because of its vague presentation it’s often quite a delay and on average about 10 years delay until women are actually diagnosed with Endometriosis.”

With a leading long-term impact being infertility are there other health impacts? According to Dr Hunter – yes. “Certainly chronic pelvic pain is a big issue as you’ve identified about 30-40% of women with endometriosis will have some degree of difficulty conceiving a baby but there are studies that actually have shown it can affect psychological welfare, ability to work, relationships. I mean we look at the case of swimmer Emily C Bond recently disclosing how endometriosis affected her swimming career so we do know it can have a lasting impact.”

Can a change in diet cure Endometriosis? Unfortunately not, according to Tamara “There is no natural cure for endometriosis. In fact, we haven’t yet found a cure. It’s all about managing the symptoms. So there is the suggestion that diet that is low in those refined carbohydrates, in sugars, preservatives and additives, low in processed meats, may help reduce the symptoms associated with endo. We know that there’s new research now in animal models suggesting perhaps that omega-3s might help to reduce the impact of endometriosis. But really it’s all about early detection, surgical management, suppression with hormones and recognising its impact on fertility.”

She continues on to state that it “can be really debilitating. Some women are so affected that they are unable to work, often requiring surgery which in itself can be quite impactful. We know that it plays a big role in infertility in women as well so it can play a big part of a woman’s reproductive years.”

Thankfully there are some new high-dose progestogen medications, oral medications on the market that show promising results with regards to reducing the symptoms associated with endometriosis pain but there is no cure at this point in time, it’s all about management. Therefore, according to Tamara, “if you are concerned at all, sit with your medical practitioner and have a discussion, possibly even a referral to a gynaecologist for ongoing management.”